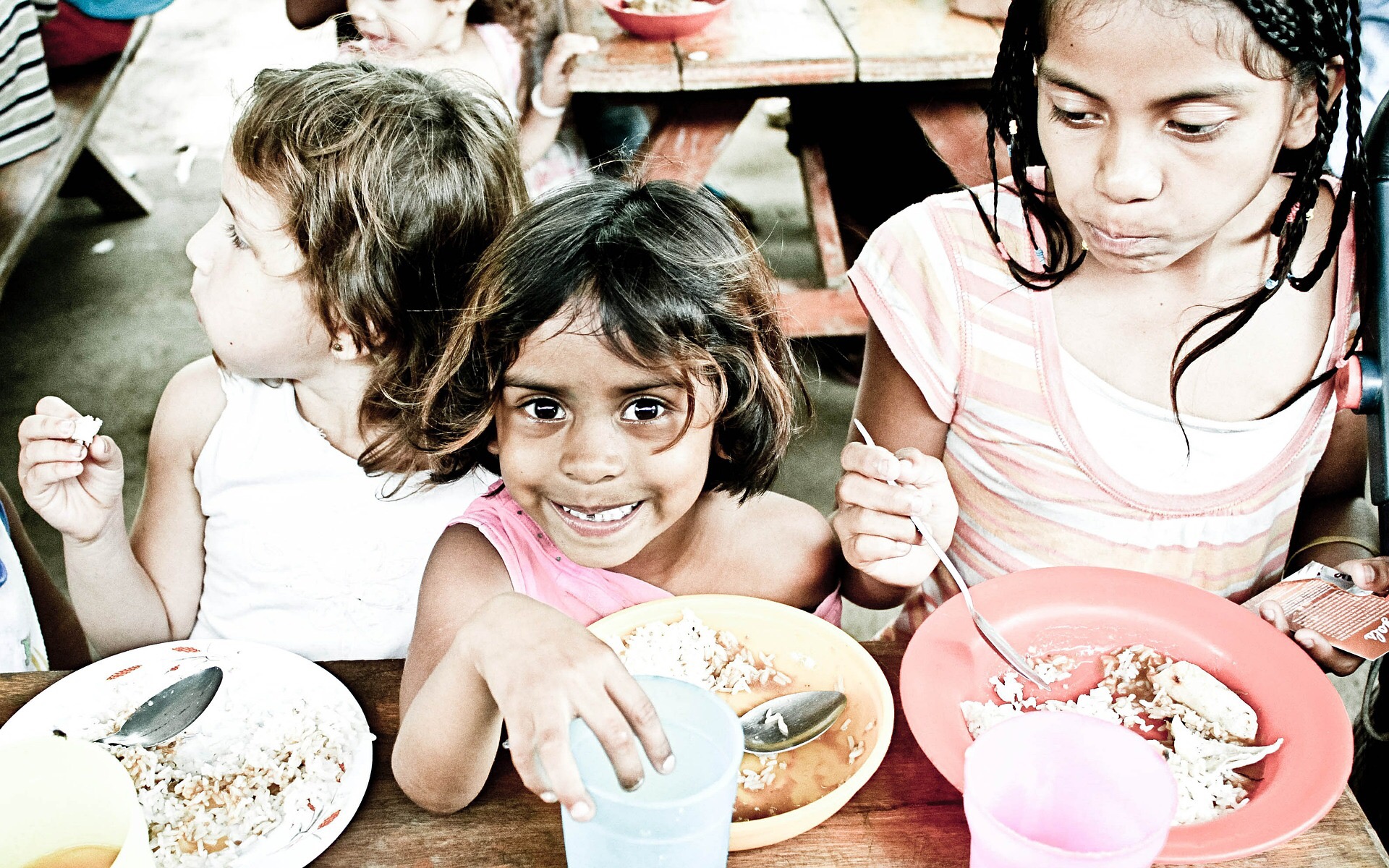 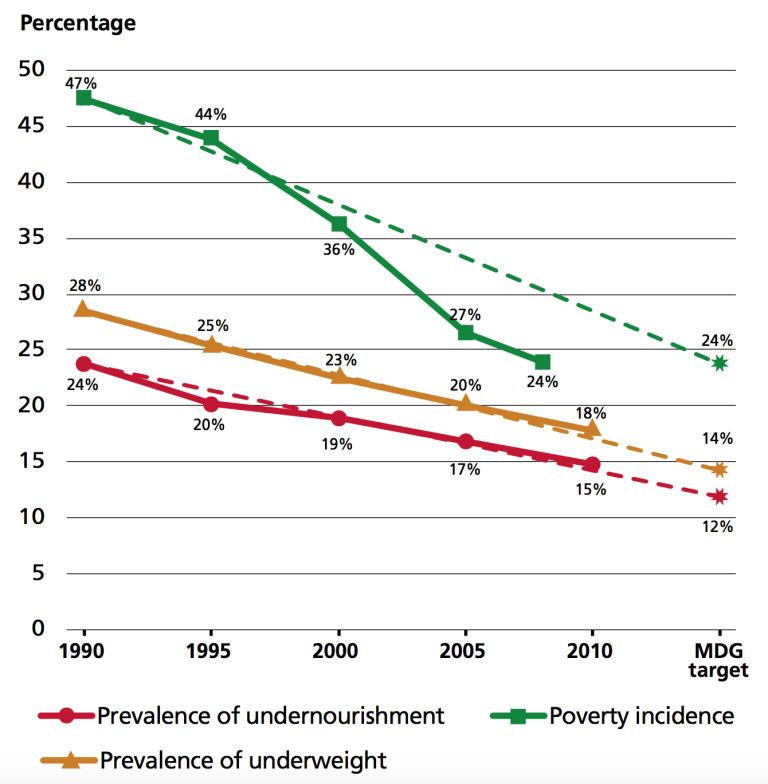 What I like about this chart is that it shows several of the Millenium Development Goals (MDG) and how they’ve improved at the same time. While undernourishment and underweight were cut in half, poverty dropped even faster than projected and reached it’s target around 2008 instead of 2015. I’m not 100% sure, but I think by “poverty” the Food and Agriculture Organisation of the United Nations (FAO) (whom the chart is from) is talking about “extreme poverty” defined as living with less than $ 1.9 international Dollars per day. In that case the projections were way off, because in 2010 we had reached 16% as opposed to the goal of 24% in 2015. The actual number for 2015 is roughly a 10% poverty rate, which means we were able to reduce extreme poverty more than twice as fast as expected! For more on that take a look at my previous post on global poverty.

Please take a look at the State of Food insecurity in the World report from where the above chart is from. Also please visit the always amazing OurWorldInData.org for more information on this topic.